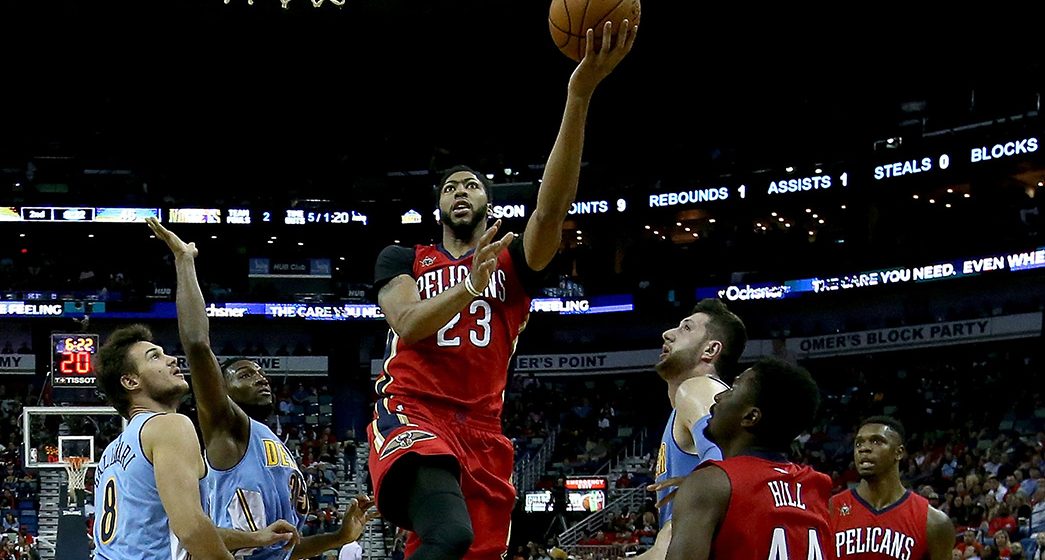 It was the second-best scoring game in Anthony Davis’ decorated NBA career, as well as the highest point total for a New Orleans player ever in a season opener. It wasn’t quite enough to secure a victory, though.

In the first game of his fifth pro season, Davis compiled an incredible performance, scoring 50 points, the second time in the 2016 calendar year that the three-time All-Star has tallied 50-plus. For good measure, the 23-year-old also posted 16 rebounds, seven steals, four blocks and five assists, one of the finest individual stat lines you’ll ever see.

Despite Davis’ heroics, Denver used a big rebounding advantage to take a double-digit lead in the first half and hold off a late New Orleans rally.

IT WAS OVER WHEN…

Buddy Hield’s three-point attempt from the right wing misfired, allowing Denver to collect a rebound with a five-point lead and 8 seconds left. Emmanuel Mudiay then sank two free throws at the other end, for an insurmountable three-possession advantage.

PELICANS PLAYER OF THE GAME

On a very busy night around the league, Davis had the entire NBA buzzing as he continued to pile up gaudy statistics. Davis had 28 points by halftime and 40 through three quarters, managing to tally double-figure points in all four quarters. He set the tone for a monster night by scoring 16 points in the first quarter, including two dunks.